With its teaching material, TAMAM opens a space for thought for young people, young adults and everyone who wants to. We do not give simple answers to complex questions, but encourage the participants to form their own opinions and to justify them. With the latest mediation media, we adapt to the usage behavior of the target groups and also enable the content of the project to be made accessible across Germany at a low threshold. With TAMAM, the Museum for Islamic Art is opening up its educational efforts on the area of Islamic youth work and is simultaneously looking for the innovative connection between transcultural and political education.

The project has been publicized throughout Germany since November 2019. For this purpose, the new project team goes on business trips to visit as much mosque communities as possible nationwide and to present the materials on the one hand and to win multipliers for the workshops on the other.

It was possible to visit mosque communities in the cities of Cologne, Munich, Stuttgart and Frankfurt on the Main and to attract interested parties.

Due to the corona pandemic, only one workshop could take place personally and other communities could not be visited. The project team reacted to this and was able to offer six online workshops from April to June 2020.

In the format of the ambassador, multipliers who have already participated in TAMAM workshops should work in their area for the interests of the TAMAM project. The ambassadors visit the communities, present the TAMAM materials and the project and conduct a workshop on site in which the exercises with the young people are presented and carried out themselves.

Muslims in Germany consist of numerous, quite diverse groups. The groups can differ according to religious orientation, ethnic origin, life plans and degree of religiousness. This is also reflected in the landscape of the mosque communities, because the mosques represent a broad spectrum of currents in Islam. The TAMAM project tried to do justice to this diversity by working with multipliers from 13 different Berlin communities, Islamic associations and youth organizations with scientists from various disciplines for the development of TAMAM material.

The TAMAM project is participatory, which means that the mosques and the museum worked together on an equal footing and combined their respective knowledge and perspectives.

Starting from Berlin, the cooperation with mosques is extended to all of Germany.

Mosque communities work in difficult conditions in Germany, because unlike churches, for example, they are not (yet) officially accepted as religious communities what would give them some financial advantages. In community work, volunteers therefore take on important tasks in everyday life. Many of them are characterized by a high level of commitment and great motivation. The TAMAM project works with such multipliers because they play a central role in the communities. They develop and design their own teaching material that makes it easier for like-minded people in other communities to set up offers on art and culture.

The starting point is the collection of the museum and its objects. The Museum for Islamic Art makes it clear that the arts and cultures of the Islamic countries and Western and Central Europe are inextricably interwoven. Long connections have created strong connections. And the region of the Middle East itself is historically characterized by a high religious, cultural and ethnic diversity and by the ability to deal with this diversity. These links can be read directly from the objects in the collection, which is a useful starting point for transregional cultural-historical and the migration-historical processes of the past and to transfer the constructive spirit of art history into current social processes: Can a look into the past help shaping the future? Do the images that we have of ourselves and others actually correspond to (art) history or do conceptions of identity have to be reconsidered?

The TAMAM project has networked with a wide variety of Islamic institutions in Germany: 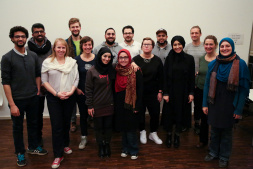 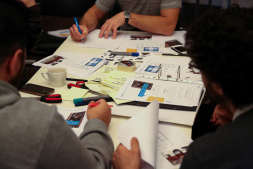 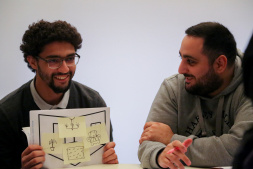 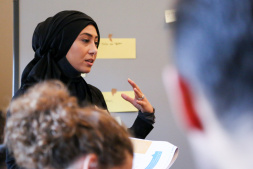 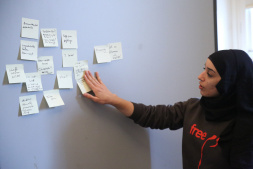 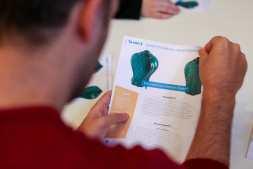 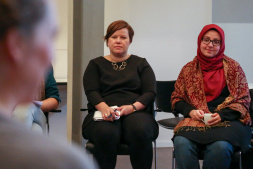 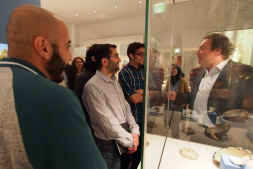 How to use TAMAM?