The online portal of the Museum for Islamic Art. 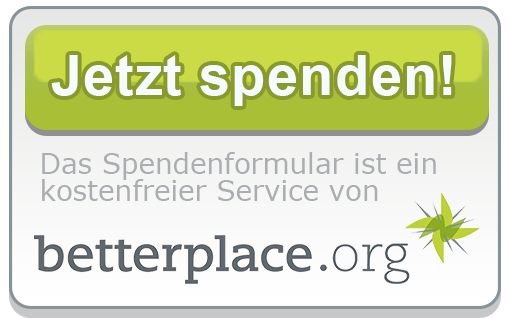 As part of the project “Multaka: Museum as Meeting Point – Refugees as Guides in Berlin Museums”, Syrian and Iraqi refugees are being trained as museum guides so that they can then provide guided museum tours for Syrian and Iraqi refugees in their native language. Multaqa (Arabic for “meeting point”) also aims to facilitate the interchange of diverse cultural and historical experiences. 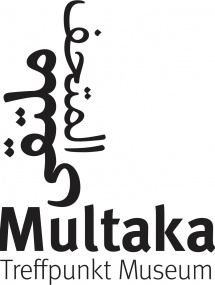 As part of the project “Multaka: Museum as Meeting Point ”, Syrian and Iraqi refugees are being trained as museum guides so that they can then provide guided museum tours for Arabic-speaking refugees in their native language. "Multaka" (Arabic for “meeting point”) also aims to facilitate the interchange of diverse cultural and historical experiences.

Since August 2018, the guides have also been guiding visitors in German and English through the Museum for Islamic Art, the Museum of the Ancient Near East, the Bode Museum and the German Historical Museum.

In collaboration with the department of “Education, Outreach and Visitor Services” of the Staatliche Museen and the “Education and Outreach” department of the Deutsches Historisches Museum, a training program for the guides-to-be was fleshed out, based around the themes of the museums and issues of didactics and methodology. The program is aimed primarily at teenagers and young adults, but also addresses older people in mixed groups.

A future after the war. Reflections on German history

The Syrian and Iraqi artefacts exhibited in the Museum für Islamische Kunst and in the Vorderasiatisches Museum are outstanding testaments to the history of humanity. Through experiencing the appreciation which the museum shows to these cultural objects from their homelands, we hope to strengthen their self-esteem and promote the confident and constructive introduction of the refugees into our society.

The guided tours in the Skulpturensammlung und Museum für Byzantische Kunst make reference to the inter-religious roots and the common origins of the three world religions of Islam, Judaism and Christendom. Cultures in the Eastern Mediterranean region were characterised over the centuries by religiously and ethnically plural societies, which today are under threat. Museums are memorial sites of a common past.

Cultural goods from the homelands

The Deutsches Historisches Museum on the other hand provides a platform for reflection, which allows the guests to become more intimate with German culture and history, with all of its crises and renewals. Above all, the era after the Second World War and the ensuing period of rebuilding is here at the heart of the guided tours: a glimmer of hope that the destruction in Iraq and Syria will not be the end of the story. The majority of the 25 apprentice guides from Iraq and Syria have chosen this museum as their preferred place of work.

On one level, the guided tours make questions around historical objects relevant to contemporary debates, in order to establish a connection between the past and the present. In the process, the guides incorporate the visitors into the process of observing and interpreting the objects. In this way, through the mutual dialogue and the consideration of their own history, the visitors become active participants.

Museums as a space for transcultural dialogue

On another level, the tours focus on historical and cultural connections between Germany, Syria and Iraq. Through the depiction of such commonalities and the incorporation into a larger cultural and historical, epoch-transcending narrative, museums have the immense opportunity to function as a connecting link between the refugees’ countries of origin and their new host country, in order to create a context of meaning for their lives here.

Through addressing visitors in clear and simple language aimed at all age groups and using peer-to-peer communication, the "Multaka - Museum as Meeting Point" project hopes to facilitate refugee access to museums, and to help them to find social and cultural points of connection, as well as to increase their participation in the public sphere.

Transfer of knowledge and experience

Invitations to participate regularly in future events, such as workshops, talks or special guided tours provide an additional context which integrates refugees into the project in a long-term fashion as well. In this way, right from the start, a point of vision is fostered in which cultural and historical activities are integrated into their own lived reality as an element of a productive organisation of leisure time, and an enrichment of their day-to-day lives.

In order to create reciprocal awareness of the diverse cultural backgrounds of the refugees, starting in March 2016, “Multaka: Museum as Meeting Point” will offer workshops as a complement to the guided tours in Arabic that will be aimed simultaneously at Arabic-speaking refugees and a German-speaking public. By bringing these two groups into close proximity to work together, the workshops are intended to create the conditions for mutual exchange and opportunities for participants to get to know one another. Museum objects will serve as starting points, on the one hand, for participants to reflect on their own cultural backgrounds, but will also present them with the opportunity to strengthen cultural awareness and sensitivity by helping refugees learn about German culture and history while also teaching a German-speaking audience about the culture and history of the Islamic world, from ancient to contemporary times. In this way, the workshops effect a two-way exchange of knowledge: refugees and German-speaking audiences meet on equal ground.  “Multaka: Museum as Meeting Point” should be conceived of as an opportunity to foster the growth of new structures of understanding and acceptance in a heterogeneous and ethnically diverse society.

"Multaka: Museum as Meeting Point" takes place every Sunday at 4 pm in Arabic and farsi language in the following museums:

Meeting points are always the ticket office/info-points of the museums.
Participation is free, and there is no need to make reservations.